Shopping Cart
Your Cart is Empty
Quantity:
Subtotal
Taxes
Shipping
Total
There was an error with PayPalClick here to try again

Thank you for your business!You should be receiving an order confirmation from Paypal shortly.Exit Shopping Cart

Mary's Way of the Cross (Stations)

One Prayer A Day For Lent

St. Faustina's Way of the Cross

As we begin Holy Week, let us walk this journey with Jesus and reflect on all that is to take place.

On Monday, Jesus Clears the Temple:

On Tuesday, Jesus Goes to the Mount of Olives:

Back at the Temple, leaders were upset and organized an ambush with the intent to place him under arrest. But Jesus evaded them and pronounced harsh judgment on them, saying: "Blind guides!...For you are like whitewashed tombs—beautiful on the outside but filled on the inside with dead people's bones and all sorts of impurity. Outwardly you look like righteous people, but inwardly your hearts are filled with hypocrisy and lawlessness...Snakes! Sons of vipers! How will you escape the judgment of hell?" (Matthew 23:24-33)

That afternoon, He left the city and went with the disciples to the Mount of Olives and overlooks Jerusalem. Scripture indicates that this was also the day Judas Iscariot negotiated with the Sanhedrin to betray Jesus (Matthew 26:14-16). After a tiring day of confrontation and warnings about the future, once again, Jesus and the disciples returned to Bethany to stay the night. The events of this day are recorded in Matthew 21:23–24:51, Mark 11:20–13:37, Luke 20:1–21:36, and John 12:20–38.

Not much is written about the events of our Lord on Wednesday of Holy Week. Scholars speculate that Jesus and his disciples spent this day resting in Bethany in anticipation of Passover. It was here Jesus had revealed to the disciples, and the world, that he had power over death by raising Lazarus from the dead.

Holy Week now takes a solemn turn. Peter and John are sent to prepare the Upper Room for Passover. Just after sunset, Jesus washed the feet of his disciples as they prepared to share in the Passover. By this very act, Jesus demonstrated how believers should love one another.

Then, Jesus shared the feast of Passover with his disciples, saying: "I have been very eager to eat this Passover meal with you before my suffering begins." (Luke)

During the Last Supper, Jesus established the Eucharist, instructing his followers to continually remember his sacrifice by sharing brad and wine (Luke 22:19-20).

Later, they left the Upper Room and went to the Garden of Gethsemane, where Jesus prayed in agony to the Father. Late that evening in Gethsemane, Jesus was betrayed with a kiss by Judas Iscariot and arrested by the Sanhedrin. He was taken to Caiaphas, the High Priest.

Good Friday is the most difficult day of Passion Week. Christ's journey turned treacherous and acutely painful in these final hours leading to his death. According to Scripture, Judas Iscariot, the disciple who had betrayed Jesus, hanged himself after what he had done.

By 9 am, Jesus endured condemnation, mockery, and beatings. After multiple unlawful trials, he was sentenced to death by crucifixion. As he was led away, soldiers spit on him, tormented and mocked him, and pierced him with a crown of thorns. Then Jesus carried his cross to Calvary, where soldiers nailed him to the cross. Jesus spoke seven final statements from the cross.

Upon the cross, Jesus spoke: "Father, forgive them, for they do not know what they are doing." His last words were, "Father, into your hands I commit my spirit." At about 3 pm, the Hour of Great Mercy, Jesus breathed his last breath and died.

Saturday in the Tomb:

Jesus' body lay in its tomb, where it was guarded by Roman soldiers throughout the day on Saturday, which was the Sabbath. When the Sabbath ended at 6 p.m., Christ's body was prepared for burial with spices. Saturday's events are recorded in Matthew 27:62-66, Mark 16:1, Luke 23:56, and John 19:40.

On Resurrection Sunday, or Easter, we reach the culmination of Holy Week. Early Sunday morning, Mary Magdalene, Joanna, Salome, and Mary the mother of James went to the tomb and discovered that the large stone had been rolled away. An angel announced: "Don't be afraid! I know you are looking for Jesus, who was crucified. He isn't here! He is risen from the dead, just as he said would happen." (Matthew)

It is said that on this day, Jesus made at least five appearances. Mark's Gospel says the first person to see him was Mary Magdalene. He then appeared to Peter, to the two disciples on the road to Emmaus, and to all the disciples except Thomas, while they were gathered in a house for prayer. Sunday's events are recorded in Matthew 28:1-13, Mark 16:1-14, Luke 24:1-49, and John 20:1-23.

The Seven Last Words of Jesus from the Cross

Luke records the final words of Jesus before he died on the cross:

It was now about the sixth hour, and there was darkness over the whole land until the ninth hour, while the sun’s light failed. And the curtain of the temple was torn in two. Then Jesus, calling out with a loud voice, said, “Father, into your hands I commit my spirit!” And having said this he breathed his last. (Luke 23:44)

"My God, my God, why have you forsaken me (Eloi, Eloi, lama sabachthani)?” (Matthew 27:46)- Jesus was expressing His feelings of abandonment as God placed the sins of the world on Him.

“Father, forgive them, for they do not know what they are doing” (Luke 23:34)- asking for forgiveness as those who crucified Jesus were not aware of what they were doing because they did not recognize Him as the Messiah.

“I tell you the truth, today you will be with me in paradise" (Luke 23:43)- Jesus assures one of the criminals on the cross that when he died, he would be with Jesus in heaven.

“Father, into Your hands I commit my spirit” (Luke 23:46)- Jesus willingly gives up His soul into the Father’s hands, indicating He was about to die – and that God had accepted His sacrifice.

“Dear Woman, here is your son!” and “Here is your mother!”- When Jesus saw His mother near the cross with the Apostle John, He entrusted His Mother’s care to John.

“I am thirsty” (John 19:28)- Jesus fulfilled the Messianic prophecy from Psalm 69:21: “They put gall in my food and gave me vinegar for my thirst.” By saying He was thirsty, He prompted the Roman guards to give Him vinegar, customary at a crucifixion.

“It is finished!” (John 19:30)- Jesus’ last words meant that His suffering was over and the work His Father had given Him was done. The debt of sin was paid. 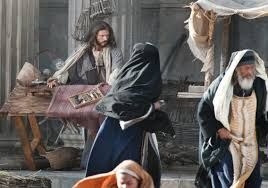 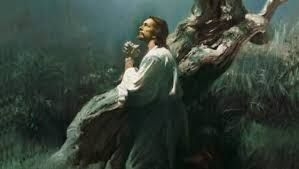 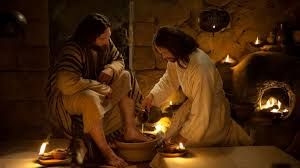 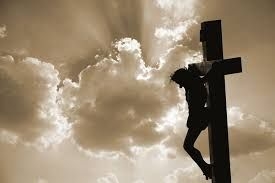 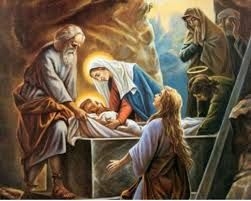 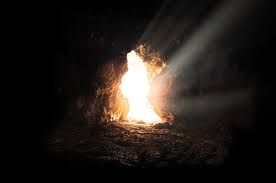 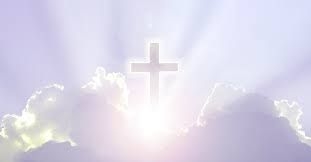